While Supplies Last
Get A FREE Copy Of
The Book... 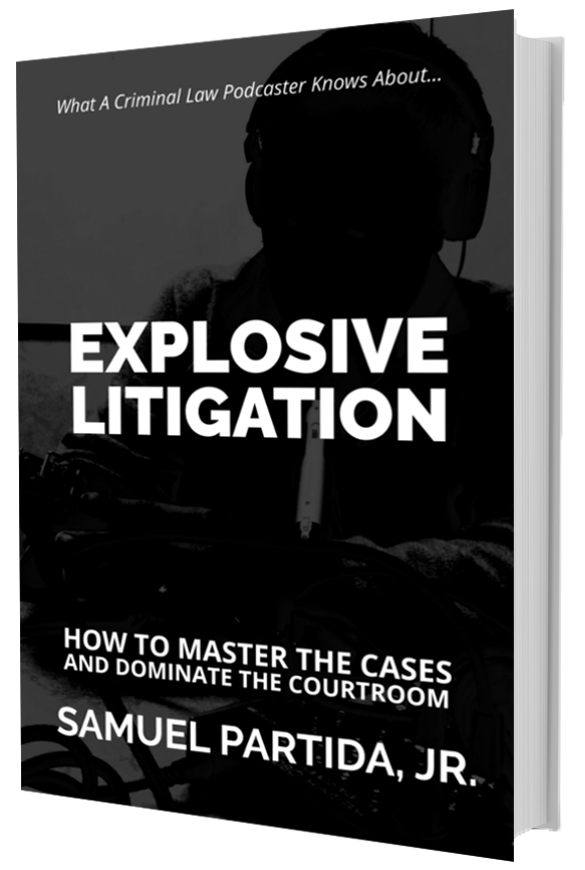 Here's a quick snapshot of the most important cases cases:

B Block - Clear Wrongdoing By Police But Confession Saved

4. People v. Soto, 2017 IL App (1st) 140893 (January). Episode 291 (Duration 11:45). Third confession 24 hours after first Mirandaless confession was cured of the taint of the constitutional violation. This was the homeless guy who was “staying” at the station when they finally “realized” he was the main suspect.

5. People v. Mandoline, 2017 IL App (2d) 150511 (February). Episode 316 (Duration 12:31). The police misconduct here did not overbear defendant’s will so as to deprive him of the opportunity to knowingly and intelligently relinquish his rights and give statements to the police. Arson case. Wind blew the smoke into the house killing the victim sleeping inside.

7. People v. Edwards, 2017 IL App (3d) 130190-B (January). Episode 300 (Duration 5:42). This 17 year old’s confession was voluntary even though he had a fifth grade reading level, suffered from various mental disorders, and that the investigating officers did not allow him to speak to his mother. Really bad violent crime. He executed a witness by putting a pillow over his face and shooting. A second victim survived.

8. People v. Hernandez, 2017 IL App (1st) 150575 (March). Episode 332 (Duration 11:51). Confession is out; giving the defendant a fake gun residue test did not sufficiently attenuate the bad arrest. Defendant was arrested by 20 officers immediately after his ex girlfriend was found dead in her car with a shotgun wound to her head.

9. People v. Gutierrez, 2016 IL App (3d) 130619 (December). Episode 273 (Duration 9:35) Appellate court disagrees with trial court; defendant was arrested before he was transported to Kendall County thus the case is remanded for an attenuation hearing to see if the confession is out.

10. People v. Hardimon, 2017 IL App (3d) 120772 (May). Episode 378 (Duration 9:56). Jury should not have seen that portion of the recorded interrogation where the police go at the defendant more aggressively. He didn’t confess per se but the jury got to see what the police really thought happened.

While Supplies Last
Get A FREE Copy Of
The Book...